How the sugar industry paid experts to downplay health risks

8: Recovering Your Health and Preventing Another Stroke – Dr. Veronica Anderson 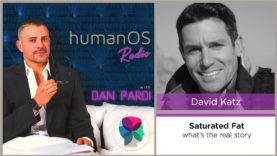 Dietary fat can be a confusing subject and that’s in part because it’s a class of nutrients of which there are many different types. Some types appear to have clear beneficial effects on human physiology in certain contexts, like for example olive oil, while others appear to impair our health when they comprise too high a fraction of our calorie intake over time. Saturated fat has been called out for decades by health authorities as something we should monitor and limit. Recently, however, this idea has been called into question by several meta-analyses, which is a type of scientific examination where all the research on a subject pooled and analyzed together to help determine what the weight of the evidence tells us on that subject. Both of these meta-analyses – one by Patty Siri-Tarino at Tufts and colleagues, and the other by Rajiv Chowdhury at Cambridge and colleagues – concluded that there is no significant evidence associating dietary saturated fat with an increased risk for heart disease. While the Chowdhury paper did have many methodological issues (that were pointed out by no less than eleven responses to the paper published by the journal after the fact), the point I’d like to make is that it’s the interpretation of the findings that matter most in this case. And once you’ve been walked through the evidence, and what it means, you clearly see that we are right where we were over the last several decades: certain types of saturated fat while not the only thing that will determine the health of a diet, is still something we should limit.

How the sugar industry paid experts to downplay health risks