HomeNutritionThe Number One Cause Of Death Globally Is Preventable
AUTO NEXT 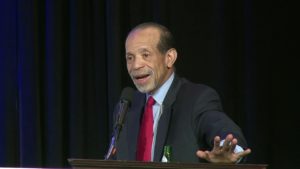 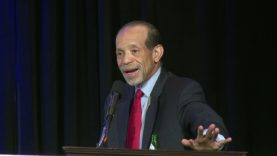 The Number One Cause Of Death Globally Is Preventable by Kim Williams, M.D., MACC, FAHA

The convergence of evidence suggests that an affordable plant-based diet can help prevent and even reverse some of the top killer diseases in the Western world, and can be even more effective than medication and surgery. This could save Medicare billions of dollars, but medical training continues to underemphasize nutrition education , in part, perhaps, because lifestyle interventions go against the prevailing conventional wisdom. The USDA, in formulating its dietary guidelines, has been accused of both acting with bias and ignoring relevant research. However, the most recent guidelines take a step in the right direction by recommending a shift to a plant-based diet, which Kaiser Permanente, the largest U.S. managed care organization, has moved in the direction of supporting. Lifestyle medicine attempts to find, prevent, and treat the causes of disease. Patients should receive fully informed consent for treatment, meaning they should be informed about all of their options including dietary changes. Doctors report they don’t practice preventative cardiology because they fear their patients won’t change their diet.

Dr. Williams joined the faculty of the University of Chicago in 1986, specializing in clinical cardiology, nuclear medicine, and nuclear cardiology. He served as Professor of Medicine and Radiology and Director of Nuclear Cardiology at The University of Chicago School of Medicine until 2010. Among numerous awards and honors for his teaching in the medical school, residencies and fellowships, he was elected to Alpha Omega Alpha in 2008.

In 2010, he became the Dorothy Susan Timmis Endowed Professor of Medicine and Radiology and Chairman of the Division of Cardiology at Wayne State University School of Medicine in Detroit, MI. At Wayne State, he has started the Urban Cardiology Initiative – a program of education of physicians on disparities in healthcare, primary school education on cardiovascular health and community health screening in inner-city Detroit. In November 2013 he returned to Chicago as the James B. Herrick Endowed Professor of Medicine and Cardiology at Rush University Medical Center.

Connect with The Real Truth About Health