Low-Salt Diet Not Best For You? – Dr. McDougall

Focusing on Nutrients Is A Scam – T. Colin Campbell PhD

Why is the Science of Nutrition Ignored in Medicine? | T. Colin Campbell | TEDxCornellUniversity

How Long Does It Take On A Plant-Based Diet To Lower Your Cholesterol? by Caldwell Esselstyn 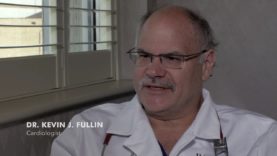 This film exposes the most popular diets on the planet as well as several misconceptions about weight loss and nutrition. It follows the audacious filmmaker Michal Siewierski (Food Choices) in his treacherous journey into the controversial world of weight loss and dieting, as he uncovers several shocking facts and confronts common misconceptions, and misleading information propagated by the industry over the last several decades. Showing the often-devastating effects that obesity has on people’s lives and exposing the viewer to new disruptive ideas and science-based evidence that could potentially lead to long term sustainable weight loss and improved health.